Sofie Krog Teater is one of the leading puppet theaters in Denmark, who is known for a unique comical universe with magic set designs that opens up, amaze and wonders the audience.
The company was started in 2003 by puppeteer and puppet maker Sofie Krog and was expanded in 2009 with the set designer and puppeteer David Faraco. The theatre is touring nationally and internationally and has won numerous awards for their performances.

David Faraco, born 1972, Spanish
David has a degree in theatre in Spain. Today he works as a professional set designer, puppet maker, actor and puppeteer. From 1990 to 2009 he was a part of the organizational team behind the festival Titirimundi, which is Spain’s largest theater festival. From 1994 up till today he is employed by Libelula Puppet Theatre.
David has also, since 2004, been an actor, set designer and puppet designer for the theater company Nao d’amores

David is in our theater the scenographer, puppeteer, technician and actor.

Sofie Krog, born 1977, Danish
Sofie originally trained in physical theater and Method Acting at comedy and mime schools in Denmark and England. Today she works as a self-taught puppet maker, stage designer and puppeteer. Krog wrote and produced shows in the circus and cabaret before she was drawn into the puppet universe. In 2004 she produced her first solo performance, DIVA. Krog has also worked in film / television and was among others puppeteer on the film Strings.

Sofie is the artistic director, puppet maker and puppeteer. 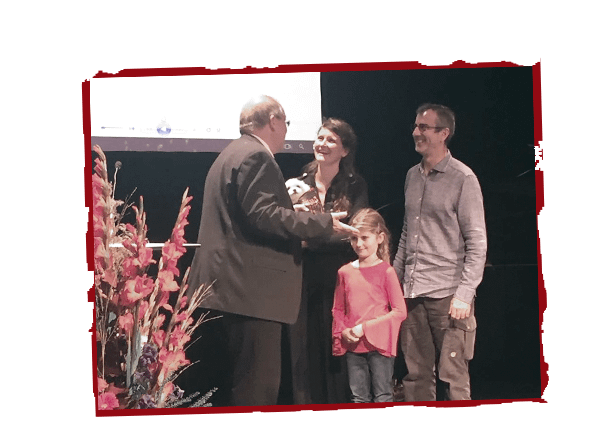